US Army John Riggs worked his way through the ranks in the U.S. Army to Lieutenant General culminating as Director of the Objective Force Task Force where he was entrusted with creating a high-tech Army for the 21st Century; Transformation of the U.S. Army. He served on active duty with the U. S. Army for over 39 years prior to becoming an Aviation & Strategic Defense Consultant.

Riggs had six overseas tours — Vietnam, Belgium, and two each in Korea and Germany, and has commanded at every level — platoon, company, battalion, brigade, division — culminating in his immediate past assignment as commanding general of the 1st U.S. Army. Staff tours included military assistant to the deputy chairman of the NATO Military Committee in Brussels, Belgium, and as assistant deputy chief of staff for operations and plans on the Army staff. He served consecutively as Commanding General, 1st U.S. Army, Fort Gillem, GA and Commanding General, 7th Infantry Division and Fort Carson, CO. Riggs commanded at all levels of Aviation and earned a Distinguished Flying Cross for bravery and 25 awards of the Air Medal during the Vietnam War.

He served in various positions on the Army Staff in the Pentagon culminating as the Assistant Deputy Chief of Staff for Operations and Plans. He also served as the Deputy Commanding General of the U.S. Army Aviation School and Ft. Rucker, Ala, and Assistant Division Commander for the 3rd Infantry Division in Bamberg Germany. Riggs has decades of experience with Congress, OSD, the Joint Staff and Services working programs, from concept development through requirements, budgeting, acquisition, and life cycle sustainment. He holds a bachelor’s degree in political science, a master’s degree in personnel management and administration, and was a National Security Fellow at the John F. Kennedy School of Government at Harvard University in Cambridge, Mass. 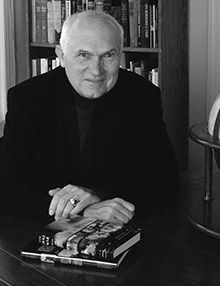 Maj. Gen. Robert H. Scales, USA Ret., Ph.D, retired after more than 30 years in the Army. He commanded two units in Vietnam and later served in command and staff positions in the U.S., Germany and Korea before ending his military career as commandant of the U.S. Army War College. After retiring, he was named president and CEO of Walden University, Baltimore. Subsequently he founded Colgen LLP, a consultancy for senior military and civilian leaders in future warfare and national security strategy. Besides Certain Victory, he is the author of several other books, including Scales on War: The Future of America’s Military at Risk, Firepower in Limited War and Yellow Smoke: the Future of Land Warfare for America’s Military.

He is a frequent consultant with the senior leadership of every service in the Department of Defense as well as Congress and many allied militaries. He is senior military analyst for The BBC, National Public Radio and Fox News Network. He has appeared as a commentator on The History Channel., The Discovery Channel, PBS, TLC, Channel 4 (France), NTK (Japan) and Star Television (China). His commentary is carried frequently on all major television outlets in the Peoples Republic of China. He has written for and been frequently quoted in The New York Post, The Wall Street Journal, The Washington Times, Time Magazine, Newsweek, Roll Call and virtually every service defense periodical and media network on issues relating to military history, future warfare and defense policy.Scales graduated from the U.S. Military Academy at West Point, N.Y., in 1966 and earned a Ph.D. in history from Duke University, Durham, N.C. 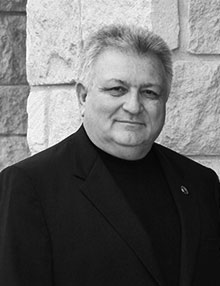 Chief Executive Officer Retired Colonel Jack H. Pryor, a distinguished combat veteran, has 35 years of experience in the US Military, education and senior management positions in industry and international business. Prior to founding The American Land Forces Institute and he was the co-founder and principal of Colgen LP, a defense and security consulting firm. He served in recent years as the President of a major international energy firm’s Latin American subsidiary.

Mr. Pryor previously directed US drug control policies in Latin America as the Director of Counter-narcotics of the USSOUTHCOM. During his tenure as President of the US Army Management Engineering College, he served on the US Presidential Blue Ribbon Panel for Educational Reform. Mr. Pryor is considered one of the US Army’s preeminent trainers, and was involved in the establishment of the US Combat Training Centers for heavy maneuver, Light Infantry and SOF units. Additionally, he served as the Operations Officer and as the Senior OC for Light Forces at the National Training Center. Following the invasion of Panama, Mr. Pryor was invited to advise the President of Panama, his two Vice Presidents and key cabinet ministers on that nation’s national reconstruction strategy and its implementation. He effectively bridged communications between the Government of Panama and the US diplomatic and military missions. Subsequent to his retirement from the military, he assumed senior executive duties in several US commercial firms and provided consulting to senior government officials in four Latin American nations. 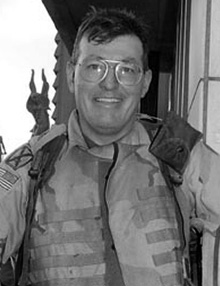 Colonel Martin Stanton (retired) has over 31 years of tactical, operational and strategic planning and policy experience in 21 different countries. He was a member of General Petraeus’ Joint Strategic Assessment Team for the Iraqi campaign in 2007 and was hand-picked to work tribal engagement and reconciliation in Iraq. He authored the US Army’s Theater Security Cooperation plan for US Central Command in 2004 and has authored and coordinated major war plans for US Central Command and other foreign governments. He has extensive experience with foreign militaries and served as the US Forces liaison officer to the Pakistan Military. In 1990, then Army Major Martin Stanton was a military advisor stationed in Saudi Arabia. Encouraged by the Army to broaden his cultural horizons, and assured by the U.S. embassy that Kuwait was perfectly safe; Stanton took off for a long weekend there. Roused by gunshots his first night in Kuwait City, Stanton looked out the window and discovered he was in the middle of Iraq’s invasion of Kuwait. Behind enemy lines, as fighting continued and bullets hit the hotel’s facade, Stanton began phoning in intelligence reports to his superiors. COL Stanton was also with the first Army unit stationed in Somalia in 1992 and witnessed the transition from the famine relief of Operation Restore Hope to armed clashes with Somali warlords that culminated in the infamous chaos on the streets of Mogadishu.

Colonel Stanton is a graduate of the US Army War College, US Air Force War College and US Naval College of Command and Staff. He holds a BA in Business Administration from the University of Central Florida and a Master’s Degree in National Defense and Strategic Studies from the Naval War College. His awards included the Combat Infantryman’s Badge, the Silver Star, Defense Superior Service Medal and the Legion of Merit with Bronze Star.

He has published two books: Somalia on Five Dollars a Day and The Road to Baghdad as well as over thirty magazine articles in various publications. 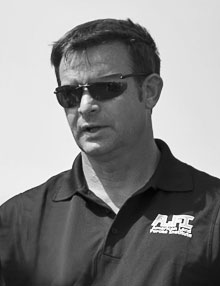 Greg Lindsey is Chief Operating Officer for Boardroom to Battlefield. He has a distinguished military and civilian career training and leading the operations of organizations throughout the U.S. and abroad. He has leadership and management experience with over 26 years in the defense industry including US Army Ranger and Infantry Units. He brings a unique experience having served as both enlisted and a commissioned officer during his military career.

Greg has a mix of combat experience, operational planning, training, and peace enforcement operations, serving on multi-discipline teams during his military career beginning with Operations in Panama in 1989 through the current conflict in Afghanistan. He has experience working with non-DoD agencies including US State Dept., International Red Cross, the U.N., and NATO forces. He is a veteran of Operation Just Cause (Panama), Desert Storm (Iraq), Uphold Democracy (Haiti), Operation Joint Guardian (Kosovo), and Enduring Freedom (Afghanistan). Since his retirement from active duty he has served as an operational planner for US Special Operations Command and in leadership positions in the private sector. He brings experience from multiple facets of the defense industry, contributing knowledge and expertise on the nature and character of leadership during conflict. He contributes to Boardroom to Battlefield’s ability to work with corporations and private Industry in many areas including strategic planning, leadership development, team building, business development and education and training.

Greg’s educational background includes an MBA from the University of Tampa and a Bachelor’s degree in Business Management from St. Leo University. He is a graduate of the Tampa Bay Public Leadership Institute and numerous management and leadership training programs throughout his military career. He sits on the Board of Advisors for the American Land Forces Institute, is on the Board of Directors for youth baseball in Tampa, FL and the Board of Advisors for the National League of Junior Cotillions, Tampa Chapter.